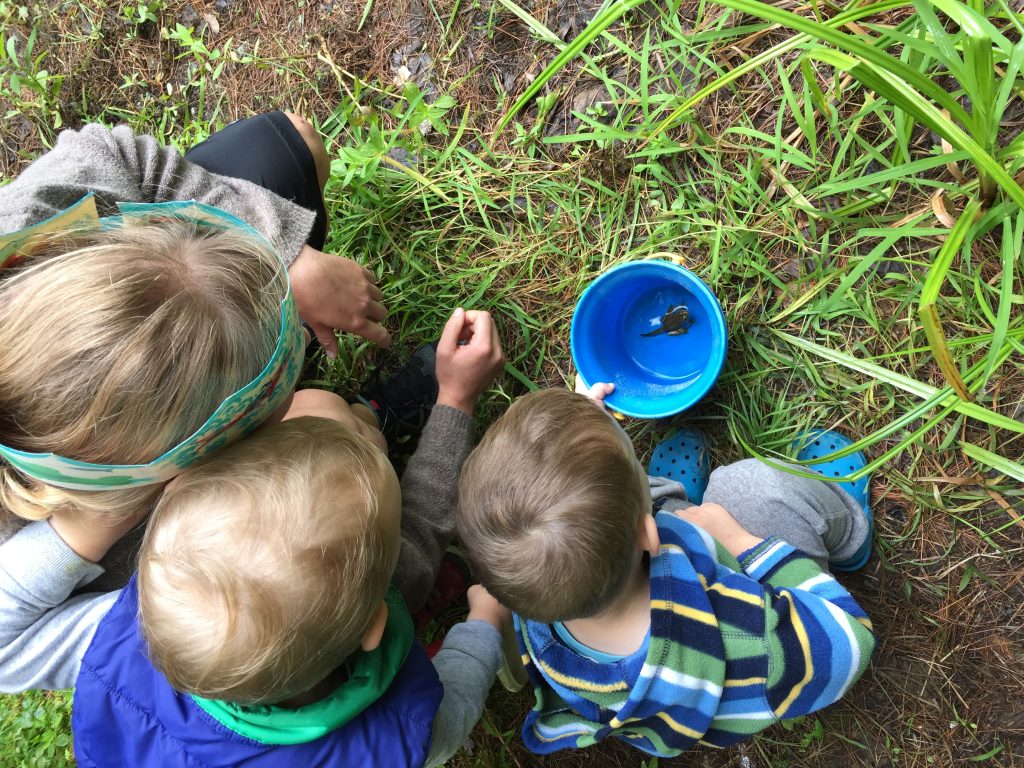 Growing up in New England, we spent summers exploring every corner of the region: a visit to small-town Connecticut to see grandparents and drag a seine net through the frigid ocean searching for crabs; a few weeks at a sleepaway camp in Maine, listening fearfully to the humanlike screams of fisher cats and wondering if we dared make the journey through the woods to the bathhouse; a stint at a family campground in New Hampshire, our little pop-up camper outfitted for rainy-day card games and a scattering of tents spread like satellites in every direction. We caught frogs with nets and noted their stubby tails: still half polliwog. We hiked Mount Monadnock, canoed the Saco River, and sailed up and down the Atlantic coast.

As we grew older, our adventures grew larger, not smaller, and we learned the ins and outs of hip college towns, bustling coastal cities, and unique historic neighborhoods. We rode our bicycles to the DeCordova sculpture park outside of Boston and stared up at metal sharks circling in the trees overhead; rode to Walden Pond and peered into Henry David Thoreau’s primitive cabin before swimming across the pond, trying to keep our feet away from the cold, muddy bottom. We drove to Portland, Maine, and tried every brewery; wandered through boutique salt shops and fine art galleries; discovered the best brunch places and little hidden playgrounds downtown.

Living in New England, there is so much to discover I am certain I will always find another adventure. For anyone lucky enough to vacation in this beautiful and rich region of the world, I hope you get a taste of the best we have to offer. Here are my top New England experiences – trust me, you’ll want to be sure to work these into your travel plans :)

Constructed of wood, brick, stone, and cast-iron; flashing white, green, and red; nestled between harbor shops or perched on a remote Maine coast island, New England is home to nearly 200 lighthouses scattered throughout all six states. Living in New England, these often centuries-old structures are a part of daily life – a landmark by your favorite restaurant, a spot to stop and look out at the ocean during an evening stroll. Although many of them have been converted to museums, private homes, even hotels, the majority of New England lighthouses still serve primary duty as active Coast Guard navigational aids. 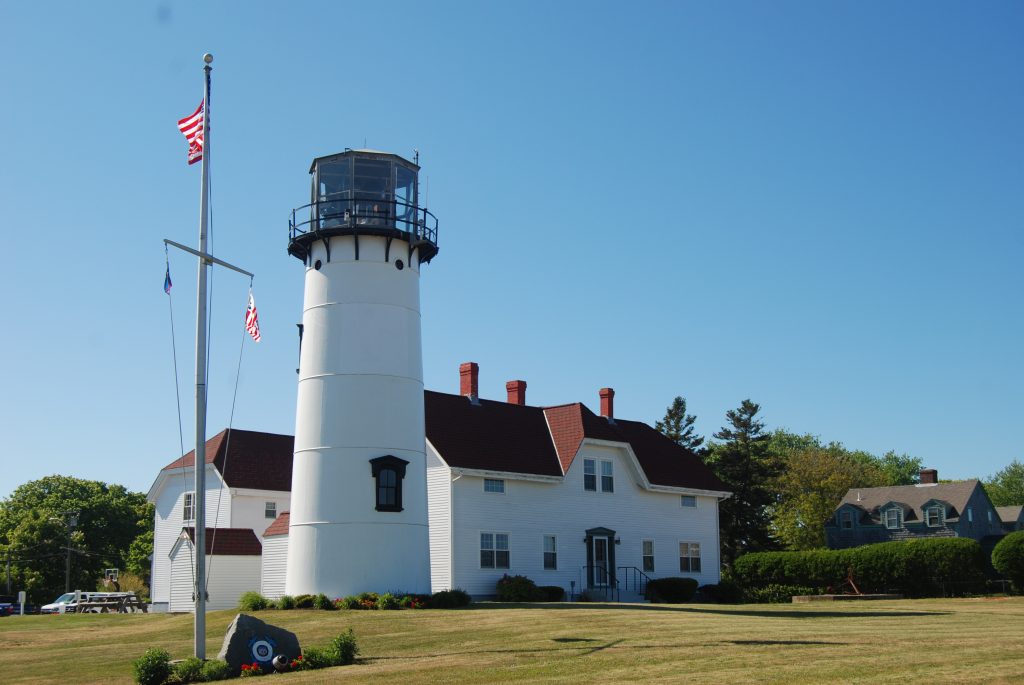 If you have the opportunity, pay a visit to one of these classic New England fortresses. Make your way through the intimate living quarters – often equipped with an antique wood burning stove and historic lifesaving equipment – and up the narrow staircase, through a hatch and onto the lantern deck. From your perch, breathe in the salty sea breeze and watch for ships crossing to some New England port.

The French may have their bouillabaisse, the Spanish their paella, but when it comes to seafood, New England stands proudly and securely at the gourmand pinnacle. Simmer some fresh clams with cream and butter, throw in some diced onion, carrots, garlic, and just the right spices, and you may be rewarded with an immortal and heartwarming chowder. New England clam chowder provokes heated competitions and wins prominent awards proudly flaunted by local restaurant owners. Are you ready for the true New England experience? Head to the local pub, order a cup of chowder and a beer, and kick back to watch the Sunday football game.

Speaking of beer, New England is home to enough craft breweries to keep any beer enthusiast happy for a lifetime. Perhaps you’ve already enjoyed a Sam Adams Boston Lager or Harpoon IPA once or twice far from their New England home. But if you find yourself exploring the beer scene in Massachusetts, make sure you get a taste of Notch Brewing, Co.’s Left of the Dial IPA, Riverwalk Brewing Co.’s Gnomad American Farmhouse Ale, or a glass of the award-winning Smoke & Dagger schwarzbier from Jack’s Abby. Meanwhile, up north in Vermont, the renowned Long Trail Brewery demands a visit. Nestled in the foothills of the Calvin Coolidge State Forest, and with a beer deck overlooking the scenic Ottaqueechee River, this German Hofbräu House-inspired brewery will blow you away with their Double Bag altbier and refresh you with their Cranberry Gose. Of course, no discussion of New England beers is complete without Rhode Island’s classic Narragansett Lager – a local favorite best paired with popcorn or a burger. 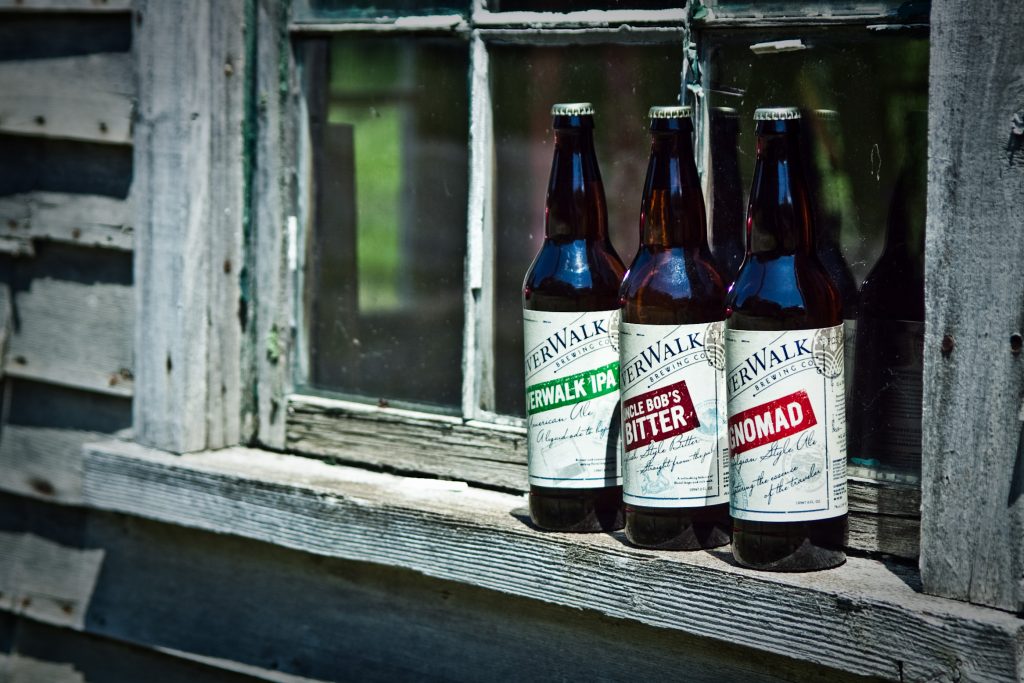 Every year as the nights get colder and the days shorter, the hills of New England are set ablaze in a vibrant explosion of reds, yellows, and oranges. Over the course of autumn, the event draws millions of photographers, hikers, and “leaf peepers” eager to witness the transformation. In Vermont, thousands of sugar maples cover the mountains, blending with aspen, beech, mountain ash, red oak, and dozens of other deciduous tree species to create a magnificent mosaic of color unmatched elsewhere in the world. Combine this landscape with the crisp fall Vermont days, a classic spread of maple butter on fresh-out-of-the-oven bread, and a steaming Green Mountain Coffee brew, and you’ll have yourself a perfect New England morning.

OK, so maybe you can’t tell a hummingbird from a duck, but you won’t be able to ignore the thousands of birds passing through New England from August through October. Over one hundred bird species journey south through New England, often hugging the coastline as a navigational aid and stopping on coastal islands for days at a time to rest. If you find yourself on the New England coast while this avian journey is underway, there’s a good chance you’ll catch a hawk or a heron on its way to warmer climes.

But you don’t have to catch the fall migration to experience a wealth of feathered life in this region. All summer long throughout New England, great blue herons nest in rookeries of up to 100 birds, osprey dive for their fish prey, and northern cardinals flash their bright colors. With nearly 500 miles of coastline and hundreds of thousands of acres of parkland, it’s no surprise that many birds choose to make this region their home. While New England’s reputation as a birdwatching mecca may be largely limited to the birding community, bearing witness to this impressive display is a unique chance to experience an underappreciated local resource. 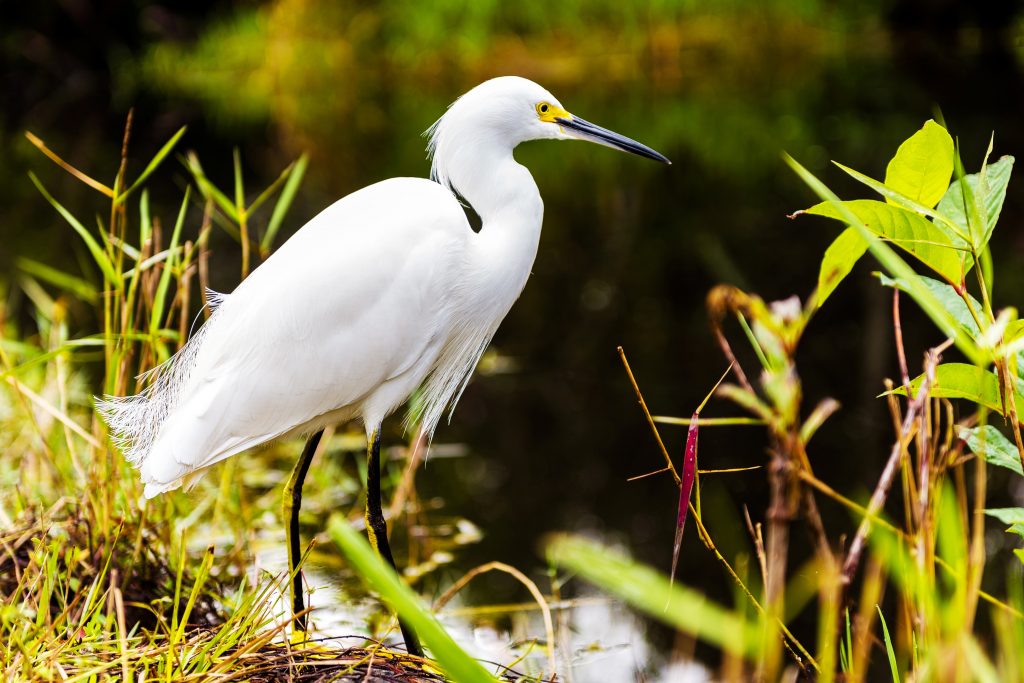 You probably know the anglerfish from Finding Nemo, or maybe from the BBC’s Blue Planet series. An ugly fish with an enormous mouth and sharp teeth, and on its head, a bioluminescent “lure” perched atop a stalky piece of flesh. The fish flicks the glowing lure up and down, much like a human angler fishing for prey. What most people don’t know is that this fish comes in many varieties, including a species integral to New England cuisine.

The American goosefish is a species of anglerfish native to the eastern coast of North America. Sometimes called a devil-fish, satchel-mouth, or wide-gape, when found on restaurant menus this animal is referred to as monkfish. While just as ugly to look at as its deep-sea cousin, the monkfish is a classic New England pick whose soft, sweet tail meat is often likened to the tail of a lobster. Enjoy it grilled, pan-seared, or in a soup!

Living in New England, daily life is infused with the region’s maritime heritage, colonial history, wealth of natural beauty, and vibrant cultural community. For some insider tips from folks who have traveled to every corner of New England, check out the highlights on these New England Tours led by expert Great Freedom Adventures guides. Want to hear more about where we go and what we do on our adventures? Contact us and we will be happy to share a detailed tour itinerary with you.

Vacation, It’s All You Ever Needed

If you are reading this, you probably need a vacation. If you don’t believe me, please complete the brief... read more

Don’t settle for second-best on your active travel vacation – you deserve the adventure of a lifetime! Here are... read more

So you finally did it: you coordinated schedules, took time off from work, and booked a week-long cycling vacation... read more

The Ride of a Lifetime; Riding For a Lifeline

Your blissful slumber is shattered by your 6:30 alarm, blaring Sheryl Crow’s “All I want to do”. That seemed... read more